Can’t switch off? Try this instead.

I noticed it early. In fact with my very first coaching client, almost a decade ago. They wanted to feel unstoppable. They described it as being on a roll and in flow which was really motivating. They really got down when they couldn’t maintain this feeling.

Another leader on our leadership mindset program said setting a goal to relax could be unmotivating. This was someone who was driven by growth – making a difference and filling the day (sometimes with anything) made them feel purposeful. The word relaxing generally was unmotivating and a wasted opportunity.

Another client admitted the idea of switching off was actually daunting. Like a void of space and time that could be used to be making a difference. When we explored it more, feelings of shame and guilt crept in – how could they just sit about and do nothing, while others were worse off.

When organisations encourage employees to take time off as a wellbeing measure, especially now, what they don’t realise is they’re sending their team backwards.

Because one of your superpowers as a generous leader is to see opportunities to make things better, this means your to-do list is never ending. So asking you to take time off isn’t enough on its own because you’re driven by making a difference.

And even if you sit still for longer than two seconds, you find you have your phone in your hand, reading the latest news updates or refreshing your inbox.

It’s time to flip your thinking on its head.

Instead of attempting to switch off or relax, which feels impossible, we encourage you to recharge.

You’re not a lightbulb. You don’t have an on and off switch.

It’s not that black and white.

As a generous leader with purposeful work to get on with, the best thing you can do is learn to go from “on” to “recharge.”

Can you feel the difference?

Recharging isn’t asking you to forget all about your important work or goals. It’s focusing on how you can do them even better. It’s investing in those goals even more deeply.

When you think about recharging instead of “switching off”, you’ll soon realise that you can’t rely on annual leave as the only option. It’s only 8 per cent of your year anyway, so what about the other 92 per cent of the working year?

You need to learn how to recharge on the fly.

We’ll be exploring all of this and more in our free webinar: Positive thinking won’t cut it: refuel and refocus your team during lockdown.

Invest in your goals more deeply and learn how to recharge today. 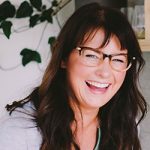 Clare Desira is CEO of the Top Five Movement, an award winning resilience and mindset training organisation that has supported thousands of people across 40 countries.

Taking culture beyond a buzzword

Have you thought about resigning?

How to look for a job with a new baby