Setting and Staying the Values-Led Course

2 December 2015 at 10:30 am
Damien Walsh
Socially aware consumers are looking for a values-alignment, but they are not prepared to pay a premium to “feel good”. For businesses wanting to attract these consumers it’s about building a values-led purpose into their DNA, writes Damien Walsh from customer-owned Bank Australia.

Socially aware consumers are looking for a values-alignment, but they are not prepared to pay a premium to “feel good”. For businesses wanting to attract these consumers it’s about building a values-led purpose into their DNA, writes Damien Walsh from customer-owned Bank Australia.

In many ways, cooperatively owned enterprises like Bank Australia are the original social enterprises. For more than 100 years in Australia, financial cooperatives have seen people come together to pool their money in order to support each other and meet the needs of their communities.

While social needs have evolved, the relevance of purpose-led cooperative enterprise is strong and growing. According to Roy Morgan Research, there are 3.3 million Australians who fall into the socially aware consumer segment. These Australians are looking to business to help solve problems and to play a greater role in addressing the economic, social and environmental issues of our times. As consumers, they want to spend their money with companies that demonstrate values that align with their own.

For businesses wanting to attract these generally well-educated and discerning Australians, this is about more than just “giving back”. It is about building a values-led purpose into their DNA and making it an essential part of both their value proposition and competitive advantage. For Bank Australia, we’ve been working on this for more than a decade.

In 2003, a large merger of three credit unions was transforming for our business. It could have triggered an identity crisis but instead it galvanised us to draw on our heritage and redefine our purpose for contemporary times. Today we say that we are in business to create mutual prosperity. It has three dimensions – the prosperity and well being of our customers, the strength and resilience of the communities they live in, and the health of the planet that we all live on.

This clarity of purpose helps to drive decision-making and a process of on-going engagement with our customers to understand their attitudes, needs and expectations. Being customer owned we have a responsibility to respond to the issues of importance to our customers.

For example, our customers have continued over many years to tell us that sustainability and a transition to a low carbon economy is important to them. As a result the bank has committed to take a leadership position and to demonstrate it in a number of tangible and substantive ways.

The bank has been developing a world-first solution for a financial institution to the question of carbon neutrality through the Bank Australia Conservation Reserve. Since 2008, Bank Australia has purchased 927 hectares of land spread across five properties situated in Victoria's west Wimmera region. This land has been set aside to help protect remnant natural forest and restore degraded farmland to provide habitat for some of the state’s most endangered species including the South-Eastern Red-tailed Black Cockatoo. It is also protected against any future destruction of biodiversity or carbon loss by Trust for Nature Conservation Covenants.

The Reserve allows the bank to offset the biodiversity loss associated with the construction of new homes it finances as well as the greenhouse gas emissions generated by the cars under finance.

Most recently in the lead up to the COP21 climate talks in Paris, Bank Australia was the first bank in the world to commit to all seven climate commitments under the We Mean Business Commit to Action climate leadership platform. These commitments require a series of strategic and operational decisions by businesses to contribute to the transition to a low carbon economy. They are also sparking some innovative thinking.

For more than 12 months, led by the City of Melbourne, we have been working with a group of public and private sector partners to develop a new model to support the development of a new renewable energy plant that will supply electricity to the group at a competitive rate.

Creating competitive solutions such as these are vitally important, and being values-led does not mean being unprofitable. In fact, it is only by being competitive and profitable that we can stay true to the purpose of the bank and create mutual prosperity.

Our research shows that while socially aware consumers are looking for a values-alignment, they are not prepared to pay a premium to “feel good. In the highly competitive, highly regulated and low margin financial services sector this translates into a focus on strong financial performance and high levels of productivity, which allow us to offer competitive products and rates.

I have worked in cooperative financial institutions most of my career because I believe in the power of these organisations to make a positive difference. Now more than ever, I am optimistic about the future of purpose-led businesses and the role they will play in creating a more equitable fair society and a healthier planet for future generations.

About the author: Damien Walsh became Managing Director of Bank Australia (formerly bankmecu) in 2011, after serving as general manager of corporate services for eight years and also being company secretary. He has over 25 years of experience in the mutual banking sector. Walsh is a Fellow of CPA Australia and a graduate of the Australian Institute of Company Directors. He holds a Bachelor of Business and a Masters in Business Administration. He was awarded the 2014 Richard Pratt CEO Banksia Award for his contribution to sustainability.

Damien Walsh will be speaking about the purpose behind Bank Australia at the inaugural Purpose event in Sydney on 7-8 December. 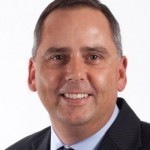