Turning Conversations Into Donations This Christmas

Print
Turning Conversations Into Donations This Christmas
8 November 2016 at 8:16 am

Earlier this year we had the honour of becoming a partner with the inspiring Asylum Seeker Resource Centre (ASRC) on their winter campaign. As all not-for-profit organisations know, the winter campaign and Christmas appeal periods are extremely similar: everyone is a loud voice clamouring for donations in an overcrowded room.

So while the ASRC were already experts at growing a community of advocates – with more than 291,000 engaged Facebook community members, and 1,000-plus volunteers who dedicate a day per week – their engagement didn’t always translate to donations.

And that’s where we come in. As a pro-bono partner, we were able to show that strategic communications (not big budgets) can have the biggest impact.

Here are our top tips to move conversations to donations:

Rarely do NFPs think of every tactic and touchpoint as part of a larger donor journey. Rather, they see social media and email as separate channels and audiences without looking at the linkages between each touchpoint and filling in those gaps.

For the ASRC, their 291,000-plus audience on Facebook was not engaging outside of the platform, and as a result they had a relatively small email list. They were missing out on a golden opportunity to nurture relationships and transform single donors into regular givers – something email is great for. We worked with them to convert their Facebook community to email subscribers by running a lead generation ad campaign, gaining them a whole lot of signups to their email list in just one month.

ASRC are masterful storytellers – but while stories create an emotional response they weren’t communicating exactly what the problem was and how a donation could make a huge difference.

Clear email copywriting helped fix this problem. We were able to tease out complex political problems and turn them into strong, definitive statements. We began by translating these problems into the day-to-day reality for asylum seekers – they could not seek employment nor did they have access to welfare and therefore many were hungry, homeless and at risk. Then showing that in response to this, the ASRC provides vital support of food, shelter, legal aid etc.

Woven throughout the messaging were clear calls to action that worked to capture the audience at every stage of the story. At the end of every email, users understood exactly what the problem was and how they and the ASRC were helping.

This meant we didn’t lose the impact of these stories, but rather made them more impactful than ever before – and more likely to drive action.

A common problem that resurfaces again and again in over 100 audits we’ve conducted for NFPs is that they’re not very good at asking for donations – and for outsider supporters looking in, it often seems like they don’t need or want donations.

For ASRC, it was a matter of simply asking better and asking more often. We found that when you do ask a passionate community, they’re very willing to extend their online support into financial support.

By including graphics specific to the appeal, alongside an advertising campaign that clearly explained the issue, we were able to see 4,573 clicks through to their donations landing page from Facebook. The same went for email, where we included clear asks next to impactful stories, ensuring they weren’t confused for the usual advocacy messages.

In just six short weeks, the ASRC leveraged passion into real support through social content, advertising and email. With a few strategic tweaks they raised close to 140 per cent more than the previous year donations, added qualified donor leads to their email database and achieved an average ROI of 3:1 on their social ads. For some strategic advice on turning your engagement into donations this Christmas, send me an email.

About the author: Richenda Vermeulen is the director of ntegrity, a digital consultancy that helps NFPs implement innovative solutions to improve fundraising and communications. Prior to ntegrity, Vermeulen spent 12 years in the not-for-profit sector, from frontline social work to launching social media marketing at World Vision Australia and World Vision USA. 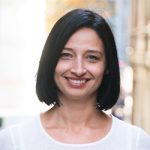