Market, what market? Why bottom up innovation is so rare in human services

23 July 2019 at 8:10 am
Nicholas Gruen
There is a huge catch 22 driving impact measurement in human services. A lot of the evaluation is done because governments seek it, but then it goes nowhere – and for good reason. NGOs can’t escape this without something like an evaluator general, writes Nicholas Gruen.

Print
Market, what market? Why bottom up innovation is so rare in human services
23 July 2019 at 8:10 am

There is a huge catch 22 driving impact measurement in human services. A lot of the evaluation is done because governments seek it, but then it goes nowhere – and for good reason. NGOs can’t escape this without something like an evaluator general, writes Nicholas Gruen.

As Peter Shergold put it in 2013, things don’t actually work out this way: “Too much innovation remains at the margin of public administration. Opportunities are only half-seized; new modes of service delivery begin and end their working lives as ‘demonstration projects’ or ‘pilots’; and creative solutions become progressively undermined by risk aversion and a plethora of bureaucratic guidelines.”

The more I’ve pondered this paradox over the last decade it’s slowly dawned on me that however well intentioned we’ve been, it’s all built on a lie – a lie we’re not even admitting to ourselves.

There’s a catch 22 at the heart of the system.

Let’s say you’re a not for profit offering some innovative new approach to some service. You’re convinced it’s cost effective and indeed generates all kinds of benefits for the community and over time for the government – in lower outlays on health, corrective services and higher employment and productivity.

You seek support from governments and the response from the bureaucracy is that you should have the program independently evaluated. Already there’s a problem. There’s no standardised way to conduct this evaluation – no published expectations of what success looks like, or measures of the success or otherwise of the existing services.

In any event you then spend a hundred grand or more having the program independently evaluated – Deloitte or PwC start turning over the meter. You submit your paperwork, now bolstered by independent evaluation. But nothing happens.

That’s because once your independent evaluation makes its way to the hard heads in the central financial agency, they barely bat an eye. The fact is that your report isn’t independent. You funded and commissioned it, and we all know how creative consultants can be in arriving at conclusions that support their clients’ interests. Catch 22.

Your money and time down the drain, your innovation might linger for years at the periphery of governments.

The required change of perspective

Policymakers have in their head an idea of markets as spontaneously occurring phenomena when in fact they’re forged over long periods of time often involving concerted struggle that requires the buy-in of the commanding heights of the system – at both the administrative and political level. As I’ll show in a subsequent article, even if innovation started bubbling up from below, validating it is just the start of a process because successful innovations can’t usually be scaled without redesigning the systems adjacent to them.

But there’s wisdom in starting small, so how might we do that?

Already, in numerous areas, governments fund third sector programs on condition that an evaluation is done. Accordingly, in those areas, funding is already in the budget and thus, implicitly provided by government. In these areas, governments should take greater responsibility to ensure that evaluation is commissioned which they commit to taking full account of. And given this, bringing both monitoring and evaluation into the process would streamline things considerably.

To address the risk that this is done in a cumbersome “top down” manner, the process should be steered by a board with strong representation from the third sector. The purpose would be to work towards a close, collaborative relationship between the third sector organisations running these programs and evaluators, who nevertheless remain independent. The goal should be for independent experts in monitoring and evaluation to help build the capacity for practitioners themselves to understand the success or otherwise of their own practice and how to continually improve it. Thus an accountability system would not be imposed upon practitioners from above, but built ‘bottom up’ from their own self-transparency within a system they’ve collaborated in building.

Governments would commit to publishing all such evaluations and also to conducting and publishing evaluations of existing practices. The process should be trialled in some specific area and commenced as soon as possible. Action in this area would be welcome from governments in any of Australia’s three levels of government.

Tackling amnesia: The crucial step of following through

There’s another problem – which is growing. Amnesia. Governments commit to various actions but then don’t follow through. The problem is an international one and well documented for Britain by the Institute for Government’s 2017 report All Change. It was brought home to me that same year when the PC reported on Data Availability and Use largely replicating recommendations of the Government 2.0 Taskforce which I chaired in 2009. The recommendations needed to be reiterated not because our recommendations had been rejected, but despite the fact that they’d been accepted!

With this failure to follow through now ingrained in our system I suggest an independent source – for instance the auditor general – should conduct a retrospective review of learning from pilot programs in Australian jurisdictions. The review would explore the extent to which intentions to learn from experimentation in pilots and to identify and grow the best of those pilots have been realised. In particular such an initiative would review the extent to which programs that work well are discovered, learned from and expanded whilst those that perform less well are improved or defunded.

About the author: Nicholas Gruen is a policy economist, entrepreneur and commentator. He is the founder of Lateral Economics and Peach Financial, visiting professor at King’s College London Policy Institute and adjunct professor at UTS Business School. He chairs Health Metrics, the Open Knowledge Foundation and is patron of the Australian Digital Alliance. He chaired The Australian Centre for Social Innovation (TACSI) from until 2016 and Innovation Australia until 2014. 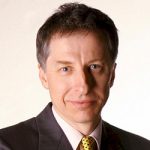 Nicholas Gruen is a policy economist, entrepreneur and commentator.

Charities still under strain two years on from the pandemic

The rise and rise of outcomes

The journey to measuring social impact

Getting back on track: The data we need to end poverty by 2030