26 August 2020 at 6:00 pm
Cathy Humphreys
The Australian government’s JobSeeker and JobKeeper payments need to be recognised as crucial tools for preventing domestic and family violence – and need to be maintained, writes Professor Cathy Humphreys from University of Melbourne.

The Australian government’s JobSeeker and JobKeeper payments need to be recognised as crucial tools for preventing domestic and family violence – and need to be maintained, writes Professor Cathy Humphreys from University of Melbourne.

The shadow pandemic of rising domestic violence isn’t only about the isolation and entrapment caused by COVID-19 “lockdowns” that have left women even more exposed to abusive partners. It’s about economics.

Chronic violence, abuse and its escalation occur when women have no means of escape. Women without work, who are economically dependent on their abusive partner are at increased risk of being trapped in family violence.

Research has shown that during and in the aftermath of the recent bushfire disaster women were at a greatly increased risk of domestic violence.

The most significant protective factor for women was employment. The risk of family violence was averted by holding onto, or finding a job, at a time of disaster.

We know the public health effort to contain COVID-19 is fuelling an upswing in family violence against women and their children.

In a survey of 15,000 Australian women, the Australian Institute of Criminology (AIC) found that two thirds of those reporting violence said that the violence had either begun or escalated during the first three months of the pandemic lockdown.

A further survey of Victorian family violence workers by researchers at Monash University found a similar pattern of escalating violence.

The reported levels of sexual assault and strangulations were particularly worrying. The AIC report showed 41 per cent of the women who reported physical and/or sexual violence had experienced attempted strangulation, choking or being grabbed around the neck.

Given that about half of the 15,000 women surveyed by the AIC were still cohabiting with their abuser (primarily men), one of the most effective ways to tackle this crisis is to protect women’s economic independence.

But we are failing to do that and the economic downturn is making it worse.

Women’s employment can provide the means of escape from domestic violence. Few women are prepared to plunge themselves and their children into homelessness and poverty. It’s a major reason why many women only leave when the violence and abuse has escalated to the point where they fear for their lives, or the safety and well-being of their children.

As the door closes on women’s employment, the door also can close on leaving an abusive relationship.

But an analysis of unemployment figures and the modelling of future jobs show that the COVID-19 economic downturn is having a dramatic and depressingly unequal impact on women – a “pink recession”.

In Victoria in July, women lost jobs at more than four times the rate of men.

While the Australian government has offered the male-dominated construction industry and “tradies” subsidies like the HomeBuilder package, female-dominated childcare was the first industry the government removed from JobKeeper payments.

At the same time industries that employ many women, like hospitality, the arts and retail, have been particularly hard hit by COVID-19.

Maintaining and extending JobKeeper and JobSeeker payments should be a critical policy response because both payments are effectively domestic violence prevention strategies. Yet the government is narrowing JobKeeper and will halve the JobSeeker supplement to just $250 a fortnight come the end of September.

By introducing JobSeeker, the government almost doubled the Newstart unemployment benefit and it had an immediate impact.

A recent survey of single mothers by the Australian Council of Social Services (ACOSS) found that the increased payments had made a significant difference to the lives of women and children.

Seven out of 10 women said their family was healthier – they were no longer going without meals and more healthy food options were available – and that a massive improvement had been made in the lives of their children.

Yet this payment is due to be cut back.

The social safety net which should be available to allow women and their children to separate from violence has been shrinking over the past decade. The $40 a day baseline Centrelink payment plus incremental, small increases for children isn’t possible to live on.

Combined with the lack of social housing and affordable accommodation, the outlook for women trapped in family violence was already bleak before COVID-19.

The escalation of family violence is one of the unintended consequences of a government-directed public health lockdown. The sledgehammer hit to women’s employment is another. Together, they increase the entrapment and the severity of family violence which women and children are experiencing.

Greater steps need to be urgently taken by the government to address this gendered crisis.

A good start would be to maintain JobSeeker payments to protect women against the worst impacts of domestic violence by enabling them and their children a way to escape violence and abuse. 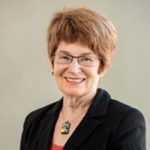 Cathy Humphreys is professor of social work at University of Melbourne.

Not all men’s violence prevention programs are effective: why women’s voices need to be included

When it comes to violence against women, doing nothing does harm